Do You Really Need to Cut Them to Lose Weight?

Low carb diets are so common these days that ditching bread, pasta and potatoes, once thought of as staple foods, is a standard weight loss strategy.

So what’s the deal with carbohydrates (carbs) and your waistline?

Supporters of diets like the ketogenic (keto) and Atkins diets argue that carbs are uniquely evil, infusing the blood with sugar, stimulating the release of insulin, and in turn making us store fat.

It sounds a compelling argument, but it pins the blame on the wrong culprit.

A low carb diet may help you lose weight, but only because it can help you cut out a substantial amount of calories.

That said, there’s no doubt that low carb diets can be really efficient, at least in the short term. They will often help you shift pounds faster at first because you lose associated fluid. You might also feel less hungry, as low carb diets tend to increase protein intake.

Over the longer term there’s not so much advantage. A recent study from Stanford university in California found people lost about the same amount of weight (averaging 5–6kg or 11–13lbs) over 12 months, whether they were assigned to a low-fat or low-carb diet.

Some carbs are good for us

The UK’s Scientific Advisory Committee on Nutrition and the World Health Organisation’s Food and Agriculture Organisation recommend we should base most of our meals around quality high fibre carbs like whole grains and pulses.  Not only are they the primary source of ready energy for the body, they also provide fibre and resistant starch to promote gut health, as well as B vitamins, selenium, zinc and iron, which help with energy and keeping the immune system healthy.

Modest portions of the right sort of carbs, such as wholewheat pasta, baked potatoes and wholemeal bread, can actually aid weight loss because they are bulky and filling. Mostly it’s the creamy sauces, butter or oil we serve them with that will make you fat, not the carbs themselves.

There’s a good reason carbs get a bad name though, as in reality, the type we love to scoff are not the whole food kind. Instead they’re the “hyper palatable” sugary and refined variety (think cakes, biscuits, sweets, dessert, and bags of crisps). They slip down all too easily and are so delicious we struggle to stop eating them.

As well as potentially piling on the pounds, these high glycaemic index carbs also cause the body to constantly trickle out insulin, which, combined with a few extra pounds can significantly increase your risk of diabetes and heart disease.

So if you want to lose weight, it’s important to curb those sugary, refined carbs. If you don’t think you have enough willpower, don’t worry, as Canderel can really help. Using Canderel in place of sugar in hot drinks, as well as in cooking and baking, will mean you can still enjoy that sweet taste. In turn you’ll avoid cravings that can cause people to fall off the weight loss wagon, while consuming far fewer calories.

To sum up, dietary carbs aren’t the only cause of weight gain, and though low carb diets seem to work, they only do so as they help you cut calories in the short term. The quality of your carbs does matter, so find ways to cut sugar and refined products, while still enjoying meals based around healthy, whole fibre carbs.

Get your carbs right and they can actually be your weight loss friend.

Let’s Do Something Great

Free your fabulous this summer and let you… be you!

Simple Shortcuts To Shape Up This Winter 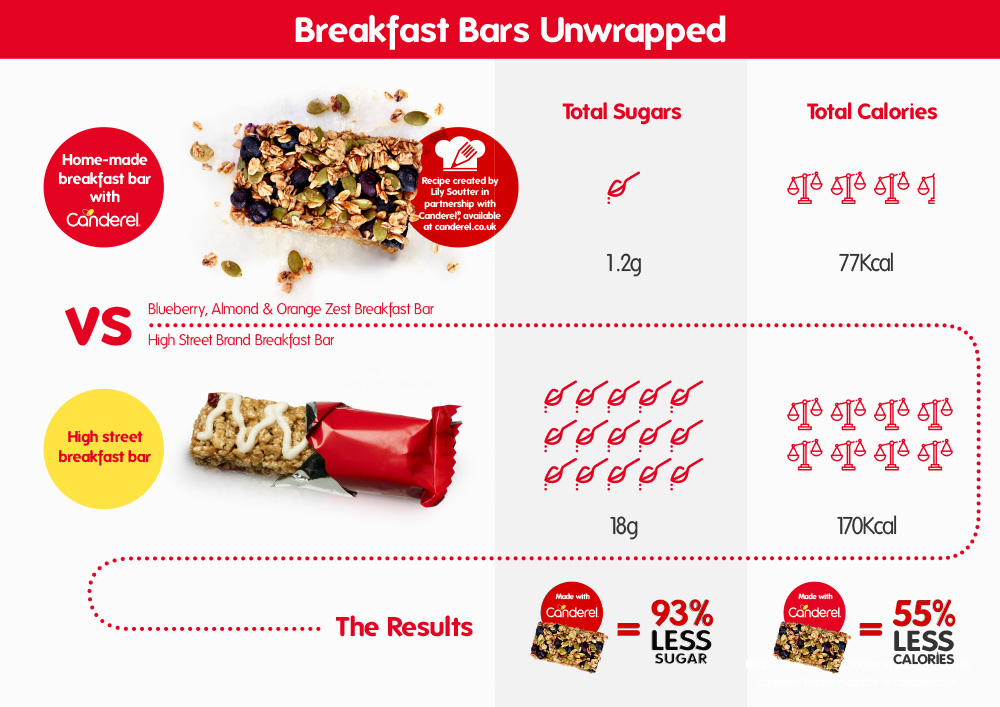 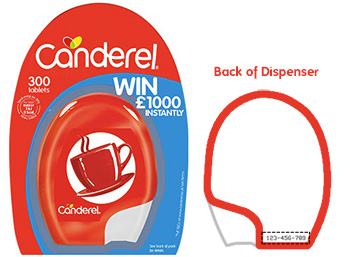 Tip: It’s easier to see your code if you leave the plastic wrapper on.

How to fill your dispenser 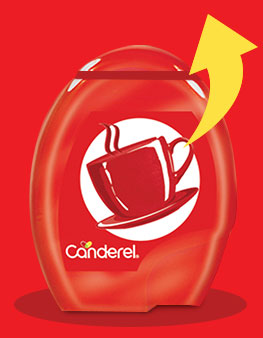 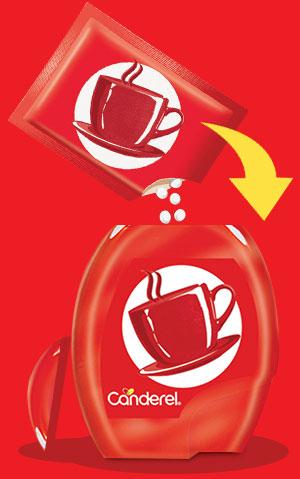 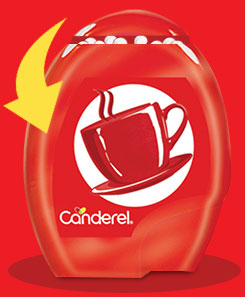 Firmly secure the lid of the dispenser

Firmly secure the lid of the dispenser

Canderel® refill packs can only be used in Canderel® dispensers